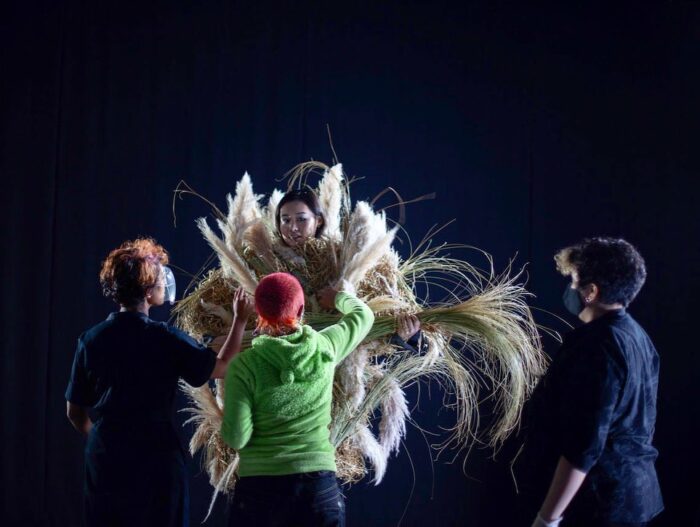 My new film The Bang Straws will have its première this Saturday at the ICA, London, as an official selection of the British Film Institute. We have been nominated for the BFI Short Film Award!

I am playing the role of The Voice Coach, who rains down casting discrimination onto the protagonist Dahong/O-Lan. The costume for O-Lan was designed by @puer_deorum, who transformed a straw bale into something more like armour. Performer Dahong Wang @dawhong described wearing the costume as her “sanctuary” against the violence enacted by the characters of the Voice Coach #pamelahay @HayPamela and the Producer #nathanosgood.