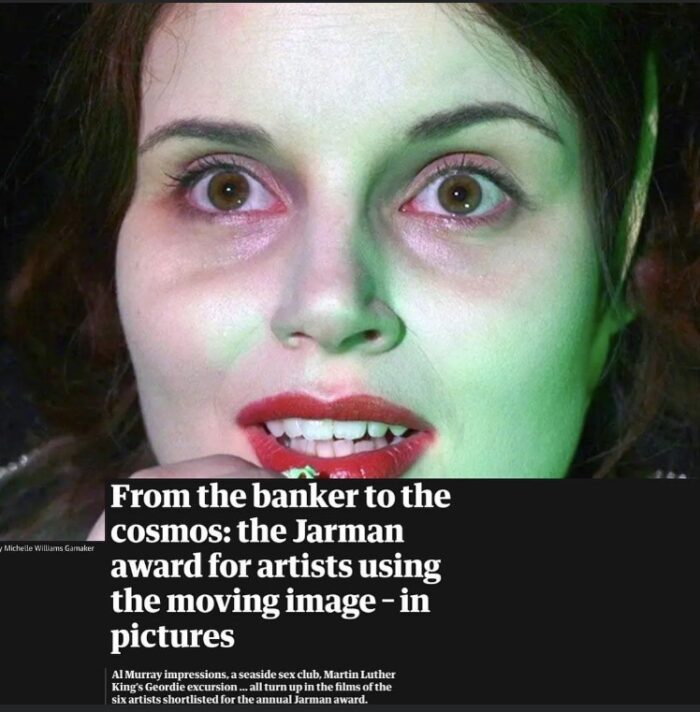 In the Guardian today! The superlative Michelle Williams Gamaker invited me to sing a featured song for her film House of Women (2017), and it has been nominated for this year’s Film London Jarman Award. Beautifully shot on 16mm film, it is now part of the online touring programme for the Jarman Award. I’ve been honoured to be a part of it, and am looking forward to joining Williams Gamaker in a role in her next film, The Bang Straws.